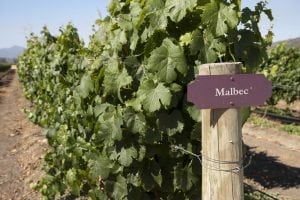 Malbec World Day is celebrated on April 17, to remember the day when the former president of Argentina Domingo Faustino Sarmiento officially made it his mission to make Argentina’s wine a world-class industry. On that day, back in 1853, the task was to bring different kinds of grapes from France to be planted on the Argentinian soil. A decade later, France underwent a plague that affected the many regions where grapes were cultivated. In the meantime, Malbec flourished in Argentina creating wines widely superior to those of its country of origin. Many years later, in 1956, France went through another bad moment: a freeze wiped out the majority of Malbec vineyards.
In the following years, specifically during the 90’s, Argentina was able to positioned Malbec as their star varietal. More than 10.000 acres were planted and it became the undeniable leader of the country’s exportations. Wine lovers around the world, especially in the United States, discovered and praised Argentine Malbec.

Malbec lovers can taste different samples of the Argentinian wine with an amazing discount at WSJwin.com

50%
UP TO 50% OFF on Sennheiser Premium Wireless Headphones!
GET UP TO 11% SENNHEISER CASH BACK!
Shop Now

Clearance on Personal Care items!
GET UP TO 16% WALGREENS CASH BACK!
Shop Now

Back To School Must-Haves!

5 Tips To Save Money On Your Wedding

How to have a healthier life with Bronson Vitamins!

Home Office Guide: Learn How To Boost Your Productivity